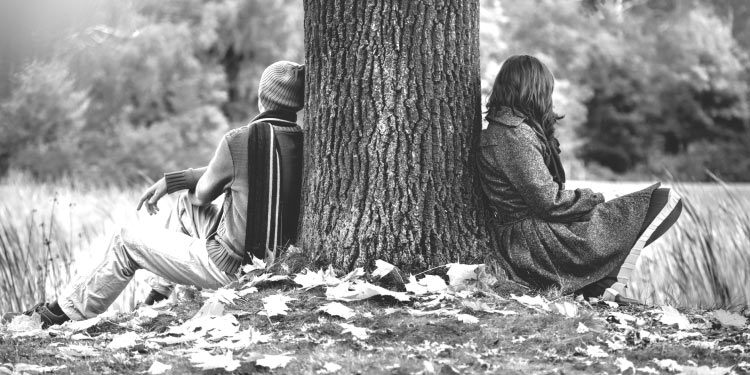 A relationship is something which is meant to comfort you, give you love, make you feel cozy and wipe off all the dismay and gloominess in your life. Relationships require coordination between the two, support of both the individuals and also the contribution from both the ends.

But what if you are the only one who is making all the contribution to the relationship?

What if you learn that the other person is not into the relationship as much as you are?

It is not always cheating which results into a drastic thing happening with a relationship. There’s a term called as “one-sided relationship”.

Now for many, it is a new thing and for others, it is really common.

Basically, the one-sided relationship is one in which one person is too much in love and is giving their 100% to it while the other person is least or even not concerned about where the relationship is heading to.

And if you are bothered about whether you too are into one such relationship, then these red flags will confirm the same.

1. They are least bothered about relationship issues

But if your partner is least bothered about all this and doesn’t care even though it is quite visible that it’s ruining your relationship, instead stay mum or shout at you or blame you for all the problems then for sure there’s something wrong.

2. They keep everything before you

In a relationship, both of you are important and of highest priority to each other. Rest everything is secondary.

But if your partner keeps everything before you, be it their work or friends or the entire world, then it’s not a positive sign. The only family can precede your partner, rest should be secondary.

Now we all know that if we share our feelings, love and care with someone, then they must be reciprocated to some extent if not completely. It is not a demand, but a mutual feeling.

But if what you give is not reciprocated at all, it is you who is giving and not getting anything in return except attitude or hatred or just plain bland passing days, then it is not at all a healthy relationship and you need to reconsider the thought of even being together.

4. They don’t feel like sharing their future plans with you

Now in a relationship, things should be decided on a collective and mutual basis. All future plans must be made together, discussed together and executed together.

But the next time you know about one of their future plans were not discussed with you or known to you, then do understand that they aren’t into this relationship as much as you are. This is a red flag for you to consider and learn.

5. You justify for their deeds that aren’t OK

Now, this is something which is really important.

If people who have known your partner for a long time suggest you step out of the relationship because of their behavior or deeds, and you have to explain to them that they are perfectly okay, instead deep inside you know they aren’t. Then it is a clear sign that the relationship is not something worth to be considered and worked upon as the other person is not into it what you term as a relationship.

6. You hardly have an intimate or a social life

Busy professional lives of people do tend to reduced social life and maybe less intimacy than expected. But if it is completely being wiped out of your lives too and your partner isn’t being concerned about the same, then does it still make you feel that it is normal and not much of thing to be considered?

You can’t ignore everything that’s coming your way and your relationship’s way just because you are so deeply in love and have been blinded by it.

And here we are at the end of another blog, or maybe end of a relationship too.

You might be feeling sad if you ticked on most of the options as heartbreak can’t be handled by anyone and everyone. It’s not easy for everyone to walk out of a relationship but becomes harder when you know that you gave your 100% but the other person didn’t put their share of efforts.

But one suggestion we would like to give is just walking out of the relationship as you can’t handle a relationship single-handedly. The way clapping requires coordination from two palms, a successful relationship requires support, nourishment and time from both the people. Not a single person can make things work out.