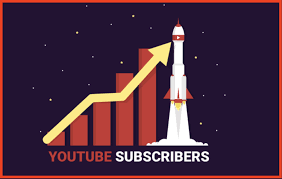 In my living memory whenever you want to watch the video, it had to VCR, DVD and later cable network. But before YouTube, streaming video over the internet was very much tougher science fiction. Innovation is whatever brings value to the people, it takes many forms. Sometimes it’s a breakthrough in technology and sometimes it’s just about thinking differently in the way we approach problems. This line is true for YouTube. There are two interesting stories behind the creation of YouTube. One of the founders Jawed Karim said the idea of YouTube creation came from Janet Jackson’s role in the 2004 Super bowl incident where Justin Timberlake pulled off right side breast outfit in front of a live TV audience and later from the 2004 Indian Ocean Tsunami.  Karim eagerly wants to watch video clips of both the event but he could not get video online, which sparked an idea of a video-sharing website. People have video clips of these two events but there is no web site for sharing videos for ordinary people. According to Hurley and Chen, the idea of YouTube came from online dating website Hot or Not and they wanted to develop a video version of an online dating service. Where people could upload their video of themself in order to find a perfect date match. It did not work well.  According to another story, there was a dinner party at Chen’s apartment in San Fransico. Karim was not present in the party and Hurley and Chan want to share the video of the party but they were not able to share and an idea was born from there. YouTube is a video-sharing website where people can watch, like, share, comment, and upload their own videos. The video service can be accessed on TV, PCS, Laptops, Tablets and via mobile phones. Domain name www.youtube.com  registered on 14 February 2015. I at the zoo was the first video uploaded in April 2005 by Karim showing San Diego Zoo. Video is still available on the website.  In May of 2005 beta version of YouTube launched. YouTube got funding from Sequoia Capital and Artis capital.  In November 2005 Nike advertisement featuring football superstar, Cristiano Ronaldo hit one million views. That year YouTube was the fastest growing website over the internet. In second-round funding, they received $3.5 million from Sequoia Capital. YouTube grew rapidly and it was getting 8 million views daily. YouTube grew rapidly in size and popularity around the world. This stimulates the interest of Google, who said “The next step in the evolution of internet”. At that time YouTube had approximately 65 employees. YouTube has grown exponentially. Some of the milestones achieved by YouTube. If you know more about youtube than visit this website which shares good knowledge. Visit here: www.buyyoutubesubscribers.in.