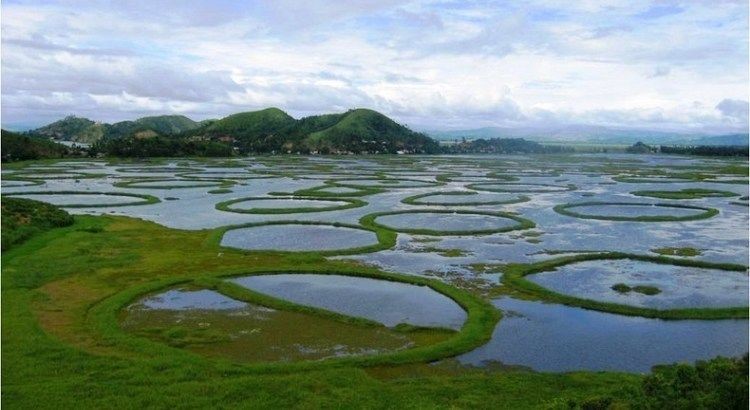 Located in Bishnipur district of Manipur, India, "Keibul Lamjao" is the world’s only floating National Park. It is famous for its floating islands, called phumdis and brow-antlered deer, called Sangai. To preserve the natural habitat of this area, the International Union for Conservation of Nature (IUCN) declared Sangai as endangered species and through a gazette notification, it was also declared as a "National Park" in 1977. How did Keibul Lamjao get this recognition? The protection of this sanctuary was provided with the rediscovery of a deer, which was reported to be an extinct species in 1951. Appearance of this fauna in the region led to the declaration of the area as a National Park, to protect and conserve the deer, now called as "Sangai". It is due to such conservation measures, the numbers of Sangai have now risen up to 260 and it is also declared as the state animal of Manipur. India is one of the most diverse nations in the world. We have cold Himalayas, dry Thar Desert, humid Coastal region and fertile Indo- Gangetic plains. It is this immense diversity that has given this world its oldest university, ancient urban civilization and the most recent floating National Park: Keibul Lamjao, says the renowned nationalist Sanjay Dalmia. What does this topography has to offer?

This park is situated on the south eastern shore of Loktak Lake, the largest fresh water lake in north eastern India. Two thirds to three fourths of the total park area is formed by phumdis. The most distinctive nature associated with this national park is that it's "too deep to be marsh, too shallow to be a lake". Isn't this a fascinating feature for a national park? Are Sangai and Phumdis the only two important part of this park? You would be surprised to know that this park has a rich amalgam of aquatic, wetland and terrestrial ecosystem. Aquatic flora in the park comprise of Zizania latifolia (wild rice) and Eichhornia carssipes (buckwheat). Fauna in the park ranges from hog deer, wild boar, and Asian golden cat to Sambar as well. Besides this, there are different types of fishes and reptiles in the area as well. This park is of great significance not just to our country but also to the world. It is a hub of carbon sequestration and supports such diverse ecosystem, thereby negating the effects of climate change. Measures by the government have ensured that the area remains protected from human interventions, but they’re not enough. We can only take pride in this recognition till the time the park exists. Thus, we must protect our ecology and follow the ideals imbedded in our culture by preserving the natural sites like these. We need to strive for an India which is clean, diverse and respectful towards nature, added Sanjay Dalmia, who is a proud Indian.